Japanese hack and slash series don’t come any bigger than the Samurai Warriors franchise. The history and culture of Japan have been defined by the Sengoku Period, which the Samurai Warrior games focus on with their excellent storytelling. The Samurai Warriors series is the defining and biggest-selling series in Japanese gaming for this period of history. It has been seventeen years since the first game and over 7.7 million games sold across the franchise, but for the first time, and with a sharp intake of breath, the series is going in a new direction with the launch of Samurai Warriors 5 on the 27th of July 2021.

More than just a simple iterative update, Samurai Warriors 5 expands and evolves upon the core concept in many areas. So, what is new for the highly anticipated upcoming game?

“Stories that have yet to be covered in the series such as Nobunaga’s younger years and his first time meeting Mitsuhide will be included in the story, along with exhilarating moments such as the battle-to-the-death involving the Oda family and the Incident at Honnōji. Experience the dramatic story unfold, told from the eyes of Nobunaga and Mitsuhide.

New Visuals based off Japanese Art

The battlefield, characters and effects have all been imbued with a new visual style inspired by traditional Japanese art. Players can experience new action elements along with exhilarating and magnificent battles in an ever evolving battlefield. 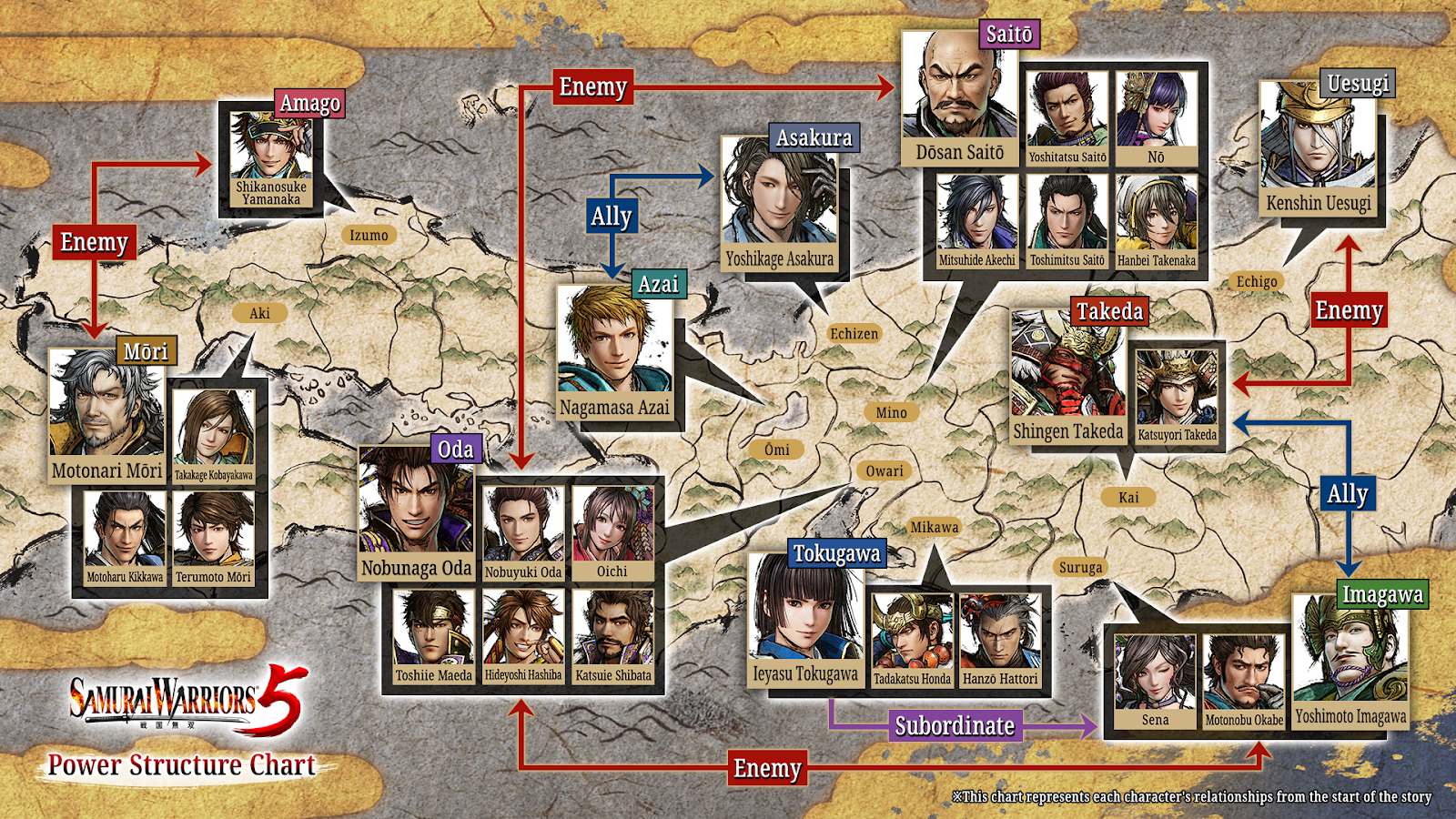 This story takes place during the Sengoku period, during which an inverted social order started to extend all across Japan.

As war rages throughout the Sengoku period, several influential figures appear across Japan seeking to reign supreme over these turbulent times.Among those figures, the great daimyō, Yoshimoto Imagawa,dispatched his troops to escort the minor daimyo of the neighboring nation –Ieyasu Tokugawa – as a hostage.

While everyone was assessing the situation, there was one person watching all of this occur from high above. That person was Nobunaga Oda. This story begins with Nobunaga, along with his childhood friend Toshiie Maeda, as they make a raid on the Imagawa Army in order to rescue Ieyasu.”

With 27 playable characters to try out and a new direction in both the art style and the storytelling, it’s time to get back into those 1 vs 1000 battles, with the smooth, satisfying, and over the top gameplay mechanics, in superb Sengoku sword-slashing style in Samurai Warriors 5.

We here at Total Gaming Addicts can’t wait, and will be thrilled to bring you the full review when the game releases to a worldwide audience.

If I'm not thinking about James Bond, hack and slash, JRPG's, stealth, or story driven games, I'll be wishing I was skiing instead.

Beyond A Steel Sky Review: A Flawed But Entertaining Adventure

New IP ‘Instinction’ Is The Dino Crisis Successor We Need